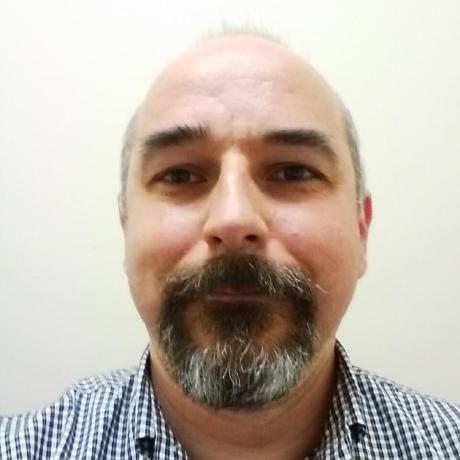 Some of the configuration is derived from https://github.com/fatk/docker-letsencrypt-nginx-proxy-companion-examples with some simplifications and updates to work with current nginx.tmpl from nginx-proxy and docker-compose v2 files.

The repository for this is at https://github.com/gilyes/docker-nginx-letsencrypt-sample.

In the main directory run:

This will perform the following steps:

If everything went well then you should now be able to access your website at the provided address.

How does it work

The system consists of 4 main parts:

This is the only publicly exposed container, routes traffic to the backend servers and provides TLS termination.

It is defined in docker-compose.yml under the nginx service block:

As you can see it shares a few volumes:

It is defined in docker-compose.yml under the nginx-gen service block:

The container reads the nginx.tmpl template file (source: jwilder/nginx-proxy) via a volume shared with the host.

It also mounts the Docker socket into the container in order to be able to inspect the other containers (the "/var/run/docker.sock:/tmp/docker.sock:ro" line). Security warning: mounting the Docker socket is usually discouraged because the container getting (even read-only) access to it can get root access to the host. In our case, this container is not exposed to the world so if you trust the code running inside it the risks are probably fairly low. But definitely something to take into account. See e.g. The Dangers of Docker.sock for further details.

NOTE: it would be preferrable to have docker-gen only handle containers with exposed ports (via -only-exposed flag in the entrypoint script above) but currently that does not work, see e.g. https://github.com/jwilder/nginx-proxy/issues/438.

This container also inspects the other containers and acquires Let’s Encrypt TLS certificates based on the LETSENCRYPT_HOST and LETSENCRYPT_EMAIL environment variables. At regular intervals it checks and renews certificates as needed.

It is defined in docker-compose.yml under the letsencrypt-nginx-proxy-companion service block:

The container uses a volume shared with the host and the Nginx container to maintain the certificates.

It also mounts the Docker socket in order to inspect the other containers. See the security warning above in the docker-gen section about the risks of that.

These two very simple samples are running in their own respective containers. They are defined in docker-compose.yml under the sample-api and sample-website service blocks:

The important part here are the environment variables. These are used by the config generator and certificate maintainer containers to set up the system.

The source code for these two images is in the samples subfolder, the images are built from there. In a real-world scenario these images would likely come from a Docker registry.

This can be a fairly simple way to have easy, reproducible deploys for websites with free, auto-renewing TLS certificates.

Recently I decided to give Arch Linux a try. This is a quick overview of the steps I followed to get up and running on an old Thinkpad T400.

This is mostly a reference for myself, but hopefully it will be somewhat useful for someone out there as well. It is mainly based on the excellent ArchWiki with additional stuff from here and there.

This guide assumes you already have a bootable Arch installation media. See here on how to get it.

Start with booting into the Arch live CD/USB.

Internet connection will be required during install, so let’s do that as the first step (for wired connection see e.g. here).

Select wireless network, type in the password and if everything went well you should now be connected to the Internet.

To view details about the available storage devices:

Determine the drive(s)/partition(s) you want to use. In this example I am creating a single LVM physical volume using a full drive.

Create an LVM physical volume on the new partition:

Note: instead of -l 100%FREE you may want to leave some unused space for snapshots.

Then finally mount them under the live system’s /mnt:

In /etc/locale.gen uncomment en_US.UTF-8 UTF-8 or whatever else locale you need then generate the new locale(s):

In this example we are using MBR with grub. Install grub:

Install the bootloader to the drive Arch was installed to:

In this machine I have an Intel integrated video card, so installing driver for that:

And done, a barebones Arch Linux installation with a desktop environment is now complete.

The solution takes advantage of WCF’s extensibility points by injecting an IParameterInspector into the operation’s execution pipeline. This is achieved via a custom IServiceBehavior, configured in web.config with the help of a BehaviorExtensionElement.

After adding a reference to the OperationLogger.Wcf.dll (e.g. via nuget), logging can be enabled with one simple code change and a bit of configuration.

On service initialization (for example in custom ServiceHost’s OnOpening method) setup the OperationLogBehavior.LogAction static function, this will be called with OperationDetails whenever an operation is about to execute:

First enable the use of the service behavior by defining the behavior extension element:

Then add this behavior to the service’s behavior definition:

The above configuration example enables logging for all actions. To restrict logging to specific services/actions, add as many pattern entries as needed with the actionPattern set to a regular expression that needs to be matched for logging to be applied. For example:

Parameter logging can be controlled similarly, using the parameterPattern attribute. By default it is turned on for all parameters, but it can be turned off altogether:

Or it could be disabled for specific parameters:

Exceptions during logging are swallowed, but the service can get notified of exceptions by setting up the OperationLogBehavior.OnError static function:

ParameterInspector implements IParameterInspector. The BeforeCall method is executed before every operation, so that is where we extract operation details from current OperationContext, ServiceSecurityContext, operation inputs, etc then call the log action.

OperationLogBehavior implements IServiceBehavior and adds a parameter inspector for all operations that are enabled in the configuration.

OperationLogPatternCollection defines the pattern collection in the configuration by implementing a ConfigurationElementCollection:

Shutting down a Raspberry Pi by cutting the power while it is still running is not recommended and it can lead to data corruption. The Raspberry Pi does not have a built-in shutdown/reset button, but thankfully it is fairly simple to wire one up.

Wiring up the pushbutton

Note: info below applies to B+ and probably rev 2 A/B boards.

Take a pushbutton and simply wire it up as seen in the diagram below, one leg going via the red wire to pin 5 (GPIO3) and the other side going to ground at pin 6 (GND). A pull-up resistor is also needed on the wire connected to pin 5 (see e.g. here for reason) but the same can be achieved by just enabling the built-in pull-up resistor in code (see below).

Pins other than number 5 could also be used, however a side benefit of using it is that when the Pi is powered off, shorting pin 5 with ground causes the Raspberry Pi to power on. So the same button can be used for shutdown/reboot and also for power-on.

The code to control the button is fairly simple. First set up the GPIO pin:

Finally, in the event handler act on the button press:

Using this code, if the button is pressed for more than a few seconds then the Raspberry Pi shuts down, otherwise it reboots.

The full script is available at https://github.com/gilyes/pi-shutdown

Run service (will be automatically started on next reboot):

This post gives a brief overview of the process of building a touchscreen Squeezebox replacement. There may be a future post on building an enclosure for the player.

The system will run on a Raspberry Pi, using SqueezePlug, a customized version of Raspbian specifically tailored for Squeezebox player/server installations. For the player it will use Squeezelite (included with SqueezePlug) and for the UI JiveLite. Depending on the touchscreen the kernel needs to be rebuilt to include touch drivers (there is a link at the bottom of this post where this is described in detail).

Extract the .img file from the downloaded .zip file then using an imager such as Win32DiskImager write it to your SD card.

Boot up the Raspberry Pi and configure the system (setup networking, configure squeezelite, etc, might expand on this later…).

Get and build luajit:

Get and build JiveLite:

and add in the following line instead (replace your_username with appropriate user name, for SqueezePlug this is root by default):

In /etc/rc.local, above the exit 0 line, add the following:

If not running as root then edit /etc/X11/Xwrapper.config and change allowed_users=console to allowed_users=anybody to allow non-interactive processes to launch an X server (more info here)

Alternatively, if for some reason you want to boot into the desktop and then launch JiveLite then you may do this:

In /etc/rc.local, above the exit 0 line, add the following:

Then create a jivelite.destop file in ~/.config/autostart/ (see e.g. here for details).

JiveLite seems to hide the mouse cursor automatically depending on how it is launched, but if it is started via the first method above then it does not hide it.

So, if needed, you may add the -nocursor option in /etc/X11/xinit/xserverrc (this will fully disable mouse cursor), or alternatively, sudo apt-get install unclutter and put the following in .xinitrc (above the jivelite command): unclutter -idle 1 -grab -noevents -display :0& (this will hide mouse cursor if idle for 1 second, lower numbers seem not to work).

Andrew Fraser has written a great guide for eGalax devices. It involves rebuilding the kernel to include the touch drivers. Worked great for my Sainsmart 7” 800x480 panel.